The owner of neighboring French restaurant Cafe Brioche, Caglar Vural, is behind Kali Greek Kitchen. The restaurant will open at 451 California Ave. in the next week or two, said Christie Perego, director of operations. The space has been inactive since Uzumaki Sushi closed three years ago. 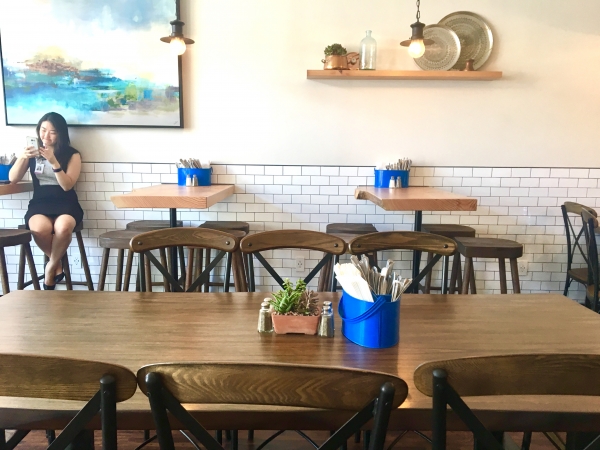 A jobs posting on Craigslist says the restaurant's focus is on "a simple Greek menu featuring fresh, regional ingredients and slow-roasted locally farmed meat and poultry."

A rotisserie is churning out roasted meats like Marys Free Range Chicken, lamb from Superior Farms and tri tip from Niman Ranch. For vegetarians, there is a zucchini fritter option. Sides include pita chips, dips, Greek salad, rice, French fries and potatoes cooked in the juices of the rotisserie meats. The restaurant will also sell whole roasted chickens. Perego said they plan to do a lot of takeout and catering. 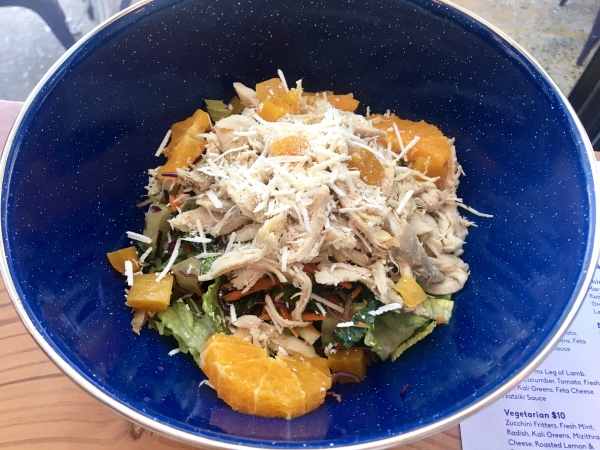 Above: The chicken salad ($12) at Kali Greek Kitchen with roasted beets, orange and greens topped with mizithra cheese and a lemon-oregano vinaigrette. Photo by Elena Kadvany.

Perego said the concept is similar to the popular Greek eatery Souvla in San Francisco. (Vural "loves" Souvla, she said.)

Drinks-wise, expect all-Greek beer and wine. Kali Greek Kitchen serves both lunch and dinner. Perego said they plan to be open from 11 a.m. to 9 p.m. daily.

Check out the opening menu below: 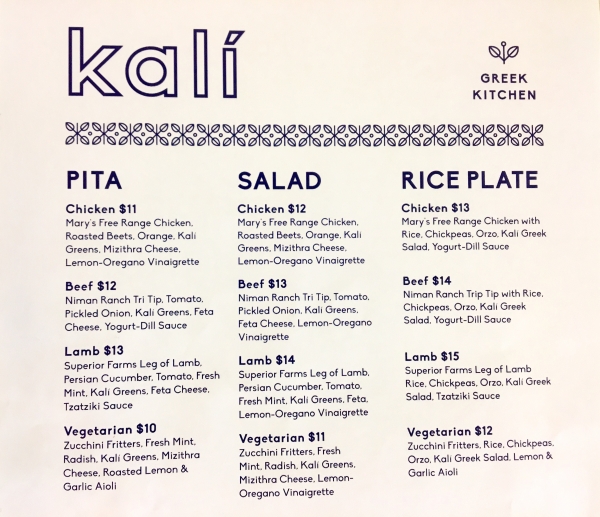 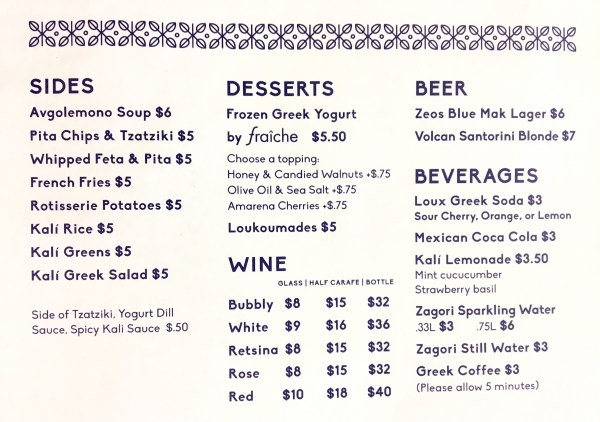 I will definitely give it a try.


I took a quick peak inside and it was really nice high quality definetly recommened you guys to go here.


I've been to Souvla and I love it. I hope this is good, but I'm generally leery of knockoff concepts.

This barbecue business was kicked out of Belmont. Now it's a Sunday fixture in Redwood City.
By The Peninsula Foodist | 2 comments | 4,564 views