Uploaded: Mar 13, 2017
Gyros, souvlaki and fresh falafel are among the menu items at Nick the Greek, a new quick-service Greek restaurant in downtown Redwood City.

Nick the Greek held its grand opening on March 7 at 2034 Broadway St., formerly the home of Broadway Sub. It's the first Peninsula location for a small South Bay chain started in 2014 by three cousins named Nick, said co-owner Nick Tsigaris.

The three cousins grew up with parents in the restaurant business in San Jose. They now operate seven other Nick the Greeks in San Jose and Sunnyvale.

"The menu is basically Greek street food — what you find in Greece," Tsigaris said. 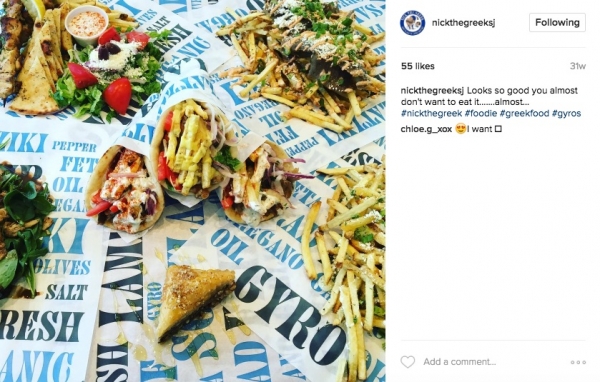 A selection of Nick the Greek menu items, posted on the restaurant's Instagram.

All the locations are identical, Tsigaris said. Redwood City is open daily from 11 a.m. to 10 p.m.

How we eat away at our open space, even in Palo Alto
By Sherry Listgarten | 5 comments | 6,607 views