Uploaded: Aug 23, 2016
Howard Bulka, the owner-namesake of Howie's Artisan Pizza in Palo Alto and Redwood City, decided this summer to shutter the Redwood City location due to a major development set to break ground soon next door and a need to reinvent the restaurant, he said in an interview Monday.

Howie's No. 2, which opened last year on Jefferson Avenue in downtown Redwood City, temporarily closed its doors in late June. Bulka said the developer set to build a four-story, 93,515 square-foot mixed-use building with two additional levels of underground parking next door at 2075 Broadway St. "generously" offered him "some financial support based on the impending disruption to the business." Developer Lane Partners plans to soon demolish the existing 25,560 square-foot commercial building, and construction is estimated to last two years, Bulka said.

The inevitable disruption such a construction project would mean for his business coupled with the fact that the Redwood City Howie's wasn't performing well led to Bulka's decision to temporarily close, recoup and think about a better concept to open in that location.

The Redwood City Howie's didn't do very well in its first year of operation because, Bulka thinks, "it's simply the wrong restaurant" for the neighborhood. He opened the second Howie's six years after the original Town & Country Village location, and "basically just picked up Palo Alto and dropped it in Redwood City," resulting in a unsuccessful mismatch, Bulka said.

"We didn't think hard enough about what was going to make the neighborhood love us," he added. 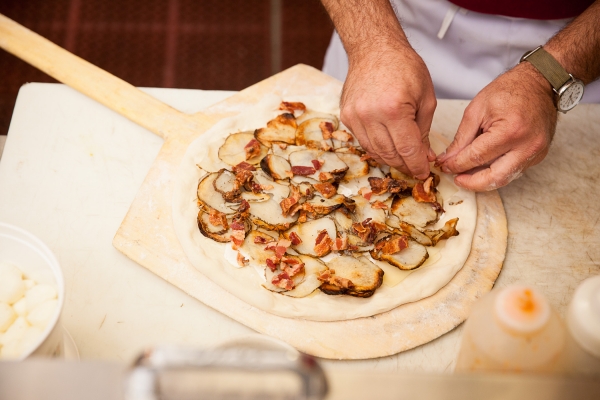 With the financial support from Lane Partners and more growth on the way to Redwood City over the next few years, Bulka decided to take this time to finally do that hard thinking. He plans to spend time reconnecting with Redwood City, where he lives, and has already started by going to more restaurants, bars and shows at the Fox Theater, he said.

"Everybody talks about the growth there and it's undeniably coming but basically ... I'm looking at a lot of empty, tall buildings surrounding me. The number of residential units and the number of office workers coming to that town in the next two to three years is really amazing and it's certainly gong to change the complexion of Redwood City, but it kind of hasn't happened yet. It's slowly trickling in," Bulka said.

He hopes to reopen sometime in the next year or so with a casual, affordable restaurant that can be the default "neighborhood rendezvous" for both longtime Redwood City residents and newcomers. He envisions something like a sports bar (though he said he's hesitant to use that term) with TVs for people to watch local games and food that is "representative of the ethnicity of the neighborhood" and "very easy on price point" (nothing over $10 or $12). The restaurant's large outdoor patio is another selling point.

"I think in Redwood City you need a place where the working-class people, the long-term residents of Redwood City — the teachers, the firemen, the plumbers — they need a place to call their own. The young professionals are coming in need a place to hang and a place to drink. I need to build something that works for those different groups of people, plus all the other types," Bulka said.

Once the concept crystallizes, Bulka said he will launch a website to share his ideas with the local community and seek feedback through pop-ups or other one-off events in the space.

In the meantime, the chef of Howie's, John Shelsta, could be headed toward opening his own bakery.

Shelsta, who Bulka described as someone who is "hardwired to be a baker," used weekend brunch at Howie's to serve special pastries and other baked goods. He's also sold his incredibly popular goods at pop-ups at French restaurant Zola in downtown Palo Alto, including this past weekend. Bulka said this weekend's pop-up was the busiest one yet, with a line down the block and twice as many pastries sold. 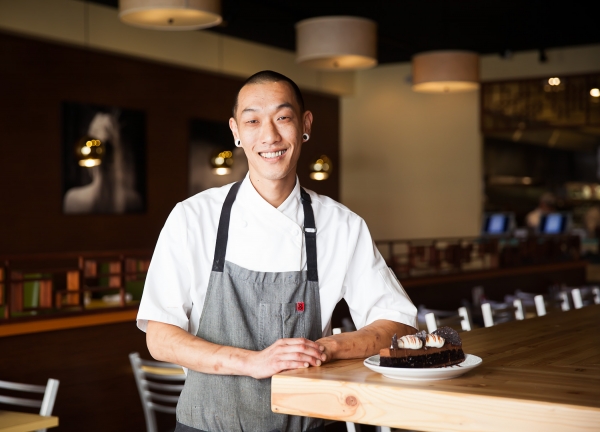 Most of the Redwood City staff quickly found employment elsewhere, Bulka said. About three or four moved to the Palo Alto restaurant.

Bulka opened the first Howie's at Town & Country in 2009. He was formerly the executive chef at the now-closed French restaurant Marché in Menlo Park, where Shelsta and the owner of Zola, Guillame Bienamé, also worked.

Our biggest issue with Howie's in Redwood City was the service. Service was never great. Servers and managers seemed unprofessional or untrained. They would take orders and literally every single time I visited, they would forget something or get it wrong. They were never rude, but seriously they always felt incompetent- everytime. It was never the same person, but always got something wrong.

Another issue was that when we thought of Howie's, we thought of pizza. Although their menu offered other items- we would think, "meh- I don't feel like pizza today". The other menu items were very good. We enjoyed the steaks when they were on the menu. Loved the pate. Loved the Tapas. But, yes, would like slightly more affordability.

We loved Howie's for meeting up with friends and our kids. It's casual environment was great for that. It would be awesome to have something where the kids could continue to feel comfortable, with great staff, and tasty food at an affordable price so we could dine there more often.

Looking forward to the changes, and hopefully a trained staff.


Howie's in Palo Alto in the first couple years had many of the issues that Rwcfoodie noted. However, it seems like they managed to fix them. Let us hope that they keep up the good work.


Agree with the posters comments 100%. Other issues were that the menu had items that were $2 more in RWC than in Palo Alto, I believe the meatball sandwich was one of them. I compared them side-by-side after I was upset about our meal and the bill. Service wasn't great, also, the quality control on the pizza was not there. We had a salty, inedible, over oiled plain cheese pizza - which was the only picky kid menu item available, and not affordable. There were no small pizza options available for dinner. On our first visit, we paid $17 for a burger. It came on a giant plate with nothing on it but a burger- which took up 1/3 of the space, no fries, no salad, nothing. We did add extra avocado, but not worth $17. Another visit we waited 30 minutes for water.

There never seemed to be the $5 pizza and drink lunch deal that we used to get our kids at the Town and Country location. For the price, we decided to never go back after 3 missed tries. We always left feeling that if we are paying for artisan pizza in RWC, Vesta can't be beat. And were always mad we didn't go there instead.

We had always like the Palo Alto Howies. I am looking forward to seeing what Howard Bulka does next.

Report Objectionable Content
+   1 person likes this
Posted by Laurie, a resident of another community,
on Aug 24, 2016 at 7:35 am


I live in RWC and was so happy when Howies came to our city. Loved their pizza :) never had bad service or a bad meal. I even had there breakfast a couple of time, very tasty. Look forward to Howies re opening, Our family and friends miss their pizza !!!!


Unlike with the Palo Alto Town & Country location, Howie's RWC had Vesta (Michelin Guide "Bib Gourmand" winner) just around the corner on Broadway.

Why pay Vesta prices at Howie's for pizza that just wasn't as good?

Report Objectionable Content
+   1 person likes this
Posted by Breeze, a resident of another community,
on Aug 24, 2016 at 9:26 pm


I enjoyed every meal I had a Howie's and look forward to the re-opening. I agree the menu options could of been more affordable but I definitely think the offerings were well selected and planned.