Uploaded: Jun 20, 2016
A new location of Lemonade, a fast-casual, healthy restaurant chain based in Southern California, will open its doors in downtown Palo Alto this Friday, June 24.

Lemonade is located at 151 University Ave., the former home of La Boulange. Its "chef-driven, vegetable-centric menu" is served in a cafeteria-like model — customers can pick and choose from a variety of hot and cold seasonal dishes ($2.95 each), plus proteins, sandwiches, soups and desserts. The menu changes four times a year with the season.

Customers can choose from one to six portions of each dish. Two portions plus a "land and sea" (meat or seafood) costs $12.85. Lemonade encourages customers to mix and match dishes as they please. 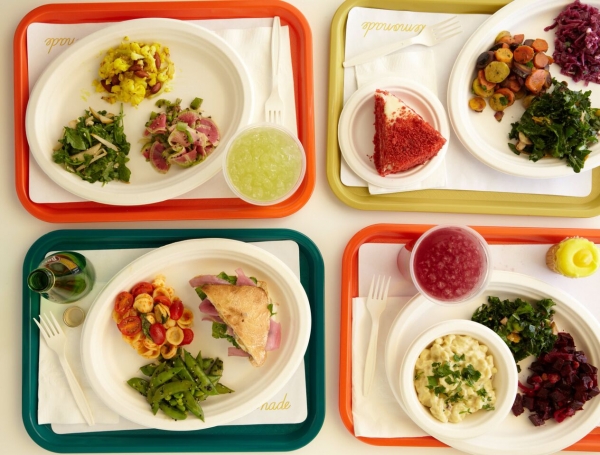 At Lemonade, diners can mix and match dishes as they please. Photo courtesy Lemonade.

Expect to see summer-specific menu items in Palo Alto like ahi tuna and avocado poke with tangerines, icicle radish and sesame; yellow wax beans and pickled green asparagus with a goat cheese dressing; and Chinese long beans with summer plums and hoisin vinaigrette, among other dishes.

Drinks-wise, there's — you guessed it — several lemonade flavors, from the classic "old fashioned" to cucumber mint, blood orange and guava limeade (all $3.50).

At 2,500 square feet, the Palo Alto space allows for three dining areas with both indoor and outdoor seating. A rotunda, visible from the street, boasts floor-to-ceiling glass walls and a large community table. California designer Ilan Dei created Lemonade Palo Alto to "specifically showcase the surrounding neighborhood and community, with a look and feel of its own," a company press release states. 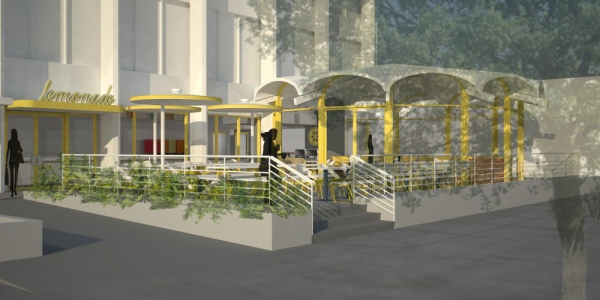 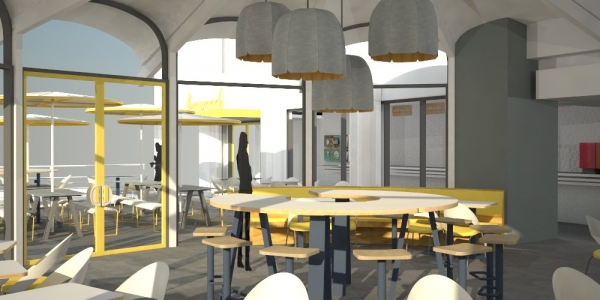 Lemonade CEO and founder Alan Jackson started cooking in Los Angeles at a young age and opened his first restaurants, Jackson's and The Farm in Beverly Hills, in his 20s. He later got into catering.

At some point, he realized he was missing somewhere flexible where he could pick up a quick, quality meal, and the concept for Lemonade was born. There are now 22 Lemonade locations throughout California.

The Palo Alto opening is part of a larger Bay Area expansion for the Southern California company. It is the second of six new restaurants the company will open in the Bay Area in 2016. (The first was in San Francisco; others will follow in Walnut Creek, Burlingame and two other San Francisco neighborhoods.)

Lemonade Palo Alto will be open for lunch and dinner daily from 11 a.m. to 9 p.m.

These small plate restaurants are great for health-conscious eaters. The super-sized fat-and-sugar-laden meals you get at most American restaurants are terrible for your health. I just hope they serve fresh and not over-cook dishes for these prices and Palo Alto rents.

Report Objectionable Content
Posted by Try this link instead, a resident of Menlo Park: Central Menlo Park,
on Jun 21, 2016 at 11:51 am


Since the one in the story doesn't work.

Report Objectionable Content
Posted by shirleyhatch, a resident of Charleston Meadows,
on Jun 22, 2016 at 12:25 am
shirleyhatch is a registered user.


Has anyone learned when Ike's will open downtown?

In the meantime, there's a new temporary location on the Stanford campus: Web Link

Report Objectionable Content
Posted by Johnathan , a resident of Ventura,
on Oct 4, 2017 at 1:33 pm


Sweet! I can already tell this will be a huge hit!

State Street Market plans overhaul of its eateries as it cuts ties with Bon Appétit, triggering layoffs
By The Peninsula Foodist | 11 comments | 3,781 views

Doing more with the natural spaces we have
By Sherry Listgarten | 6 comments | 2,294 views