Uploaded: May 2, 2016
Popular Mountain View restaurant Gochi Japanese Fusion Tapas, which closed in the summer of 2015 due to an impending redevelopment at the site, will be making its return this month.

Gochi is set to reopen in mid-May in a new space at 1943 El Camino Real in Mountain View, owner/manager Junko Motouji said Monday.

Gochi first opened at 1036 Castro St. in August 2013, just before a developer proposed a new new mixed-use, four-story project for the site at the corner of Castro and El Camino Real. Motouji and her husband eventually received relocation assistance after they complained that they had spent their life savings on remodeling the interior of the restaurant, not knowing of the owner's development plans.

The menu at the new location will be exactly the same as it was on Castro Street, Motouji said. In 2014, the menu included dishes from unagi meshi (rice cooked in a clay pot with vegetables and onions, plus seaweed and barbecued eel) to Asian-fusion pizza topped with spicy code roe, snow crab, mushrooms and bacon.

There is also still a location in Cupertino, which opened in 2005; view that location’s lunch and dinner menu’s here. 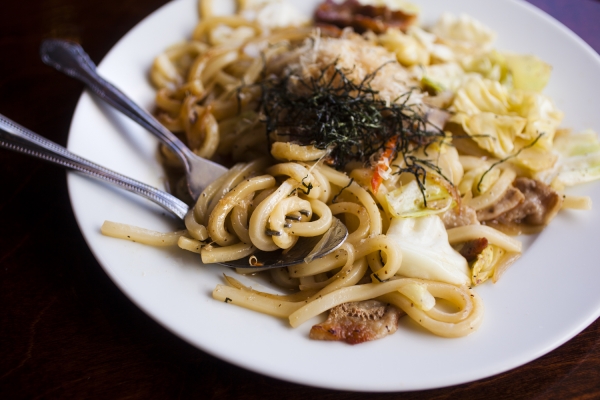 No official opening date has been set yet and the space is actually still under construction, but they’re aiming for the middle of the month, Motouji said, and are eager to be open.

"With all that happening last year, we're just in a hurry to open up," she said. "We’re excited."

When there's a set opening date, it will be posted on Gochi's website, Motouji said.

Get excited for Gochi's return by reading this review from 2014: A winning blend.

Life savings on the remodel?!
Sounds like an embellishment: Gochi in Cupertino is a raging success. I seriously doubt these people are in danger exhausting life savings.

Glad to have another location to choose from. Congrats to them.

Report Objectionable Content
Posted by mary hodder, a resident of Old Mountain View,
on May 2, 2016 at 5:46 pm


Hi foodlove: Way to ask a question and instead assume you know what you are talking about.

First off, the Gochi's in Cupertino is owned by a different partner from the one in MV. The one in MV was paid for by the partner here, and he and his wife saved up $90k over 10 years to do the one on Castro, and then were promptly hit with the possibility of losing everything just after finishing construction and taking over an old lease. Then they moved due to construction, and while the developer helped a bit, because the neighborhood was so supportive of the Gochi partner here, they still have had to pay to move again, disrupt business for 6-8 months and make yet another kitchen and dining room work for another $90k. It hasn't been an easy ride. Give them a bit of compassion. They don't own Cupertino and don't have that revenue stream.

How we eat away at our open space, even in Palo Alto
By Sherry Listgarten | 5 comments | 6,561 views

From cioppino and whole crab to crab pot pie, here’s where you can get your Dungeness crab fix in the 650
By The Peninsula Foodist | 6 comments | 4,755 views

Is telling the truth simply an old-fashioned idea?
By Diana Diamond | 28 comments | 3,752 views