Forget You're Reading This

Uploaded: Feb 9, 2016
My wife was skeptical when I showed her the Advance Reader Edition of my new novel, Double Switch. “It’s so small,” she said, turning the slim paperback in her hands.

“It’s not the size,” I began to explain, but I didn’t get to finish the thought, because she had already started reading. Less than a week later, she turned the last page. For a woman running her own tech company while raising a teenager and two-year-old twins, that’s a serious vote of confidence.

True, the galley weighed in at barely 225 pages, noticeably lighter than The Setup Man, the first book in the Johnny Adcock series. But it wasn’t for lack of effort: I wrote more pages for the second book than I did for the first. I just cut most of them.

As more friends and reviewers got their hands on galleys, I started to hear a refrain: “I inhaled your book”; “Read it in one sitting”; “Lost some sleep, but worth it.” 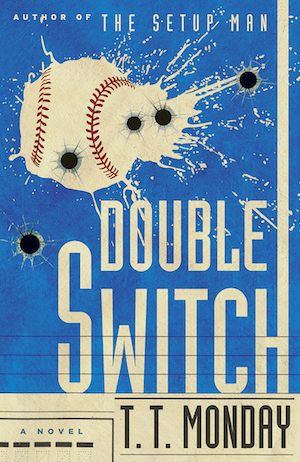 I never thought I’d aspire to write books that could be consumed in this way. In fact I never imagined I’d use the verb “consume” in conjunction with anything I wrote. But I’m not complaining. Far from it.

I like to tell my students at San Jose State that a story is a kind of magic trick where the writer tries to make you forget you’re reading. The story should move from the writer’s imagination to reader’s with as little friction as possible. For most of us, that’s the ideal reading experience: to get lost in the story. Lots of mistakes can break that spell -- bad dialogue, implausible plot twists, typos -- but readers tend to be generous. They’re good at blocking out distractions, and anyone who has picked up your book has already indicated their interest in being transported. My advice to young writers is simple: get out of the way. Write words, then make them disappear.

This isn’t how I was trained. In college and graduate school, we never talked about how to make the pages turn faster, much less how to make the words disappear. I love words, but words are not why people read crime fiction. Crime fiction is all about story, and the number of words it takes to deliver a particular story varies widely.

That’s not to say that crime writing is artless. It just needs to be artful in a different way. Because the pages need to turn fast, crime writing must be smooth and inconspicuous, and the action must proceed at a particular pace. The reader’s attention must be directed and misdirected multiple times without losing faith in the writer. All of this requires control. The best crime writers rival poets in the level of precision they bring to their work.

I’m a relative novice in crime, but I set an ambitious goal for myself with this new book. Lots of readers told me they finished the first Adcock book in a weekend. My goal with the sequel was to cut that down to one day -- or even one sitting. When readers finish this book, I want them feel like they just walked out of a theater into the daylight. I want itchy eyes. I want disorientation. Maybe, if I’m lucky, you will turn to your spouse and ask, “Who are you?”

For me, that’s what success looks like. If it takes a small tool to get the job done, so be it.

Nick Taylor (as T.T. Monday) will appear in conversation with author Kris Calvin on Tuesday, March 1, at 7:30pm at Kepler's Books in Menlo Park. The event is free and open to the public.