"Yes, the rumors are true. It's time to hang up our aprons and pass the baton to a new owner," owners Chris Rivera and Debbie Umphreys, both Menlo Park residents, wrote in the Facebook post. 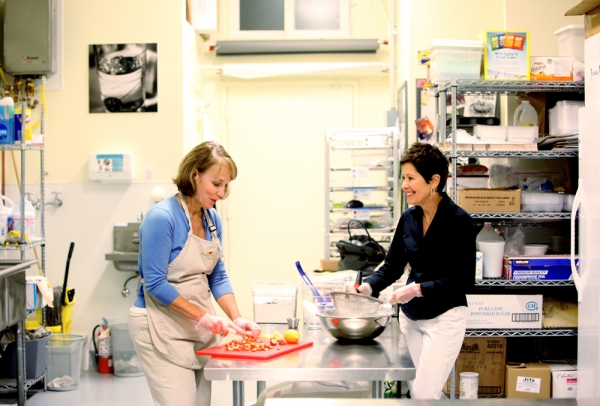 Rivera said in an interview Monday night that they made the decision to sell after feeling like the ever-consuming task of running a bakery was becoming too much. Their days started at 6 or 7 a.m. and ended at 6 or 7 p.m., she said. They stopped selling wholesale earlier this year "because it was so consuming" and to focus on weddings and corporate orders.

"It was a labor of love," Rivera said of the bakery. "We loved building it from nothing and if anything, it taught us that you can do anything you set your mind to but we were naive, too. I don’t think we realized what it would take."

River and Umphreys are passing the keys to the Florence Street shopping center space to Tal Waizer, who will run a new bakery called Eva Sweets. Waizer moved to the Bay Area in 2007 from Israel, where she learned to bake, according to InMenlo. She opened her own shop three years later, also named Eva Sweets, in Cupertino. The bakery’s website describes it as an "euro-style homey baking company with an ever expanding variety of sweet and indulgent pastries.” All pastries are made to order with fresh, locally sourced ingredients.

Rivera said they found Waizer through a broker who is "in the business of selling bakeries."

Rivera and Umphreys are giving all of their recipes to Waizer -- "everything from quiches to Dacquoise cakes to all the 27 flavors of angel food" -- so she can still sell some Angel Heart Cakes staples.

"We wanted to make sure it went to someone that would keep it running," Rivera said. "A lot of bakeries are acquired (by) someone without business sense and they run it into the ground.

"My husband designed that space. We take great pride in it being a beautiful kitchen and we wanted to make sure it was someone who could sustain and improve it."

Rivera and Umphreys opened their popular bakery — dedicated to all-things-angel-food cake— in February 2011. (They had started a commercial baking business together a few years prior.) The foundation and inspiration was Umphreys’ grandmother’s angel-food cake recipe. The bakery also grew to sell cupcakes, cookies, pots de creme, tarts, granola, scones and other treats. 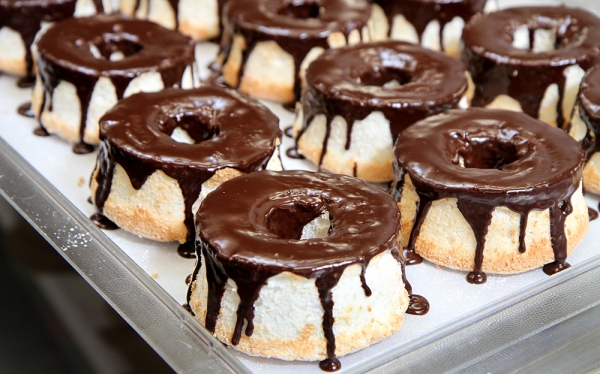 Angel Heart Cakes took home best bakery and dessert in the Almanac's annual Best Of competition the past three years, from 2013 to 2015.

Rivera and Umphreys will be on hand to say goodbye to customers and introduce the new owner tomorrow, Tuesday, Dec. 1, from 9 a.m. to 1 p.m. at 3760 Florence St.

"I think we just feel like paying it forward … with somebody young and very talented to take over from what we did," Rivera said. "We're just very excited to see all the changes at Marsh Manor in the time we’ve been there with all the new businesses. That was part of our goal, to help re-energize the mall. We just recognize it's time to step down … we just needed to pass the baton."

Three new restaurants from former Manresa chef David Kinch and his team are coming to Los Gatos
By The Peninsula Foodist | 4 comments | 4,929 views

Doing more with the natural spaces we have
By Sherry Listgarten | 3 comments | 1,749 views