Bib Gourmand restaurants – which Michelin describes as "eateries that offer excellent food at a reasonable price – are selected by Michelin's anonymous food inspectors and represent restaurants that serve two courses and a glass of wine or dessert for $40 or less (tax and gratuity not included).

The 2016 Bay Area list has 74 restaurants from throughout the Bay Area, from San Francisco to Sonoma and South to East Bay.

Zola was one of 12 new restaurants added to this year's list. Local chef Guillaume Bienaimé, formerly of now-shuttered Marché in Menlo Park, opened his own restaurant at at 565 Bryant St. in September 2014. 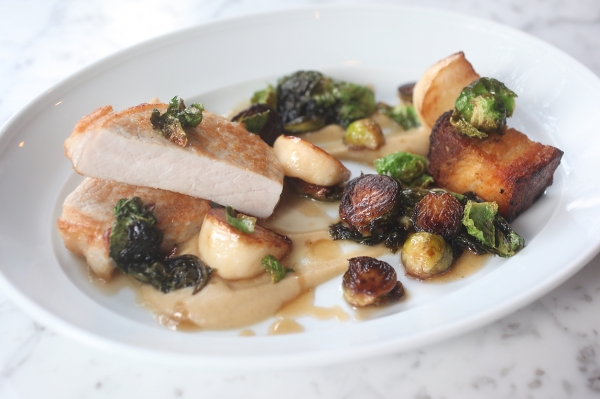 Both Evvia and Vesta were named Bib Gourmands last year. Evvia has been a mainstay in downtown Palo Alto for more than a decade. Vesta -- operated by Peter and Courtney Borrone, son and daughter-in-law of the owners of Menlo Park's Cafe Borrone -- opened on Broadway Street in 2012. It's known for its wood-fired pizzas (don't miss the sausage and honey pie) and small plates. 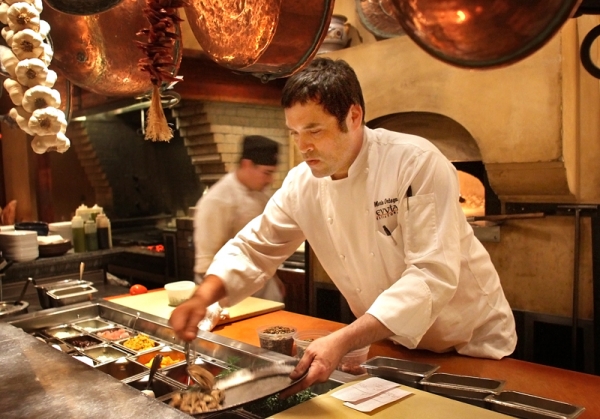 Fey, a Chinese restaurant in Menlo Park, and Donato Enoteca in Redwood City, dropped off from last year's list.

The Bib Gourmand awards were released exactly a week before the Bay Area Michelin stars will be named. Look for local stars next week. Last year, Baume in Palo Alto, Madera in Menlo Park, Chez TJ in Mountain View and The Village Pub in Woodside all garnered stars.


For practical restaurant customers, it's worth being aware that most of the "meat" in Michelin Guides isn't in the "Star" or even "Bib-Gourmand" sub-lists at all, but the far larger group of restaurants recommended and reviewed by the Guide -- still a select group, a percent or two of all the area's restaurants. (That's my experience from using all editions of the Bay-Area Michelin and before that, in other regions.)

A small fraction of those restaurants recommended by this guide are chosen for extra attention and publicity via stars or Bib-Gourmand. Those two sub-lists appear annually, in advance, as press releases to stir interest. This has caused a weird annual ritual of people online, who know very little about the Michelin, talking up JUST the sub-lists, like a horse race. The Guide can be much more practically useful than that, but to see this, it helps hold the new Guide in your hand (as most users have done for most of its history). Unless policy has changed, MOST of its reviews (the ones not in the special lists) appear online, if at all, only after a delay -- completely off the radar of those who see only the special lists and the online talk.

Most Bay-Area restaurants and talented cooks that later got Michelin stars (for instance the Village Pub, this week's Embarcadero review Web Link ) first appeared in the Guide without stars, among the general reviews, unnoticed in online star-chatter. That can make it possible for alert readers, who check out the whole Guide, to enjoy exceptional cooking, with fewer crowds and lower prices, by not waiting until "everyone" is buzzing about the place because it is starred and hyped. The stars only honor the talent that often was present, and working hard, for years.

How Much Time do You Spend Outdoors?
By Chandrama Anderson | 0 comments | 2,231 views