Uploaded: Oct 14, 2015
Learn how to make your own pour-over coffee with the experts at Blue Bottle, sample the best of local Jewish cuisine and learn about the language of food with a Stanford University linguist in upcoming food-and-drink events around the Peninsula in the next few weeks.

Whiskey Wednesdays at The Village Pub
Head to Michelin-starred The Village Pub in Woodside on Wednesday, Oct. 14, for a weekly celebration of special or rare whiskies. This week's pour is Angel's Envy Rye, which is finished in Caribbean rum casks and released in small quantities only twice a year by the Kentucky-based company. Village Pub will be serving one-ounce pours at a lower-than-list price. For more, go to the villagepub.net.

Farm to Table Food Fest
Head to the Oshman Family JCC in Palo Alto on Sunday, Oct. 18, for a day of interactive, hands-on activities in celebration of the "Jewish Food Movement." Catch a cooking demo led by Calafia Cafe Owner Charlie Ayers, plus a tasting and book signing; learn how to braid challah, make kosher cheese and sushi (yes, that's a thing); learn about gardening and planting from the Master Gardeners of Santa Clara County, and more. The free event runs from 2-5 p.m. at the JCC, 3921 Fabian Way, Palo Alto. For more information and to RSVP, go to hazon.org.

Blue Bottle pour-over class
Learn about the brewing methods used by baristas at third-wave coffee company Blue Bottle, which has a shiny new location in downtown Palo Alto, in a pour-over class on Wednesday, Oct. 28, from 4:30-5:30 p.m. The class' focus will be on brewing with a "Bonmac," the porcelain dripper used in all Blue Bottle cafes. For more and to sign up, go to eventbrite.com. 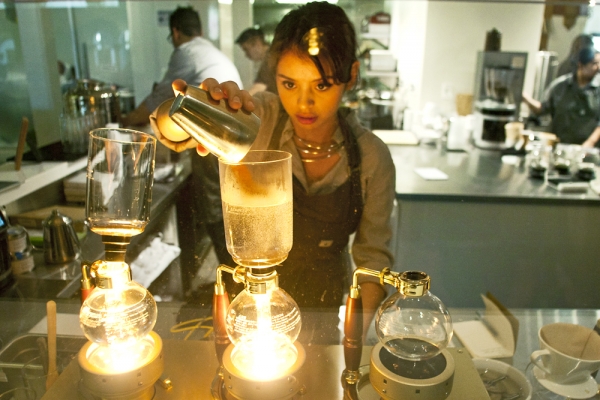 Talk: Blue Bottle Coffee & Tartine Bakery founders
The founders of Blue Bottle and Tartine Bakery will be at the Oshman Family JCC on Thursday, Nov. 5, for a talk and tastings of their famed goods. The two artisan-food companies recently merged their Bay Area (and beyond) empires. The talk will "dive deeper into how their common devotion to organic ingredients and artisanal techniques led to a business partnership" and how this might affect future expansion, a JCC press release states. James Freeman opened the first Blue Bottle in Oakland in 2002; Elisabeth Prueitt and Chad Robertson, the husband and wife team behind Tartine, opened their bakery in San Francisco's Mission district the same year. The event costs $15-$25 and will take place at 7:30 p.m. in the JCC's Schultz Cultural Arts Hall. For more information and to buy tickets, go to paloaltojcc.org.

'The Language of Food' with Dan Jurafsky
Imagine going to dinner with a linguist and, along with your entrée, getting analysis around the vocabulary of food – like having toast for breakfast versus toasting to good health at dinner, or the way ice cream flavors are named. Get a dose of that in a talk by Dan Jurafsky, Stanford University linguist and author of "The Language of Food: A Linguist Reads the Menu" at Books Inc. Palo Alto on Thursday, Nov. 5, at 7 p.m. Jurafsy, who teaches classes at Stanford on the language of food and also written about the linguistic applications within restaurant reviews, food advertising and even ketchup's Chinese origins, was nominated this year for a James Beard award. For more information on the talk, go to booksinc.net.

How we eat away at our open space, even in Palo Alto
By Sherry Listgarten | 5 comments | 6,457 views

From cioppino and whole crab to crab pot pie, here’s where you can get your Dungeness crab fix in the 650
By The Peninsula Foodist | 6 comments | 4,676 views

Is telling the truth simply an old-fashioned idea?
By Diana Diamond | 28 comments | 3,710 views