The new outpost at 400 Main St. is large, with a 90-seat dining room and outdoor patio. Cetrella No. 2 will be serving up similar food ? Mediterranean and California cuisine ? under the leadership of Executive Chef Michael Ellis, whose resume includes a recent stint at Local Union 271 in Palo Alto, three years at the Old Pro in Palo Alto as well as Michelin-starred Dry Creek Kitchen in Healdsburg, Penthouse Club and Steakhouse in San Francisco and Hult's Restaurant in Los Gatos. 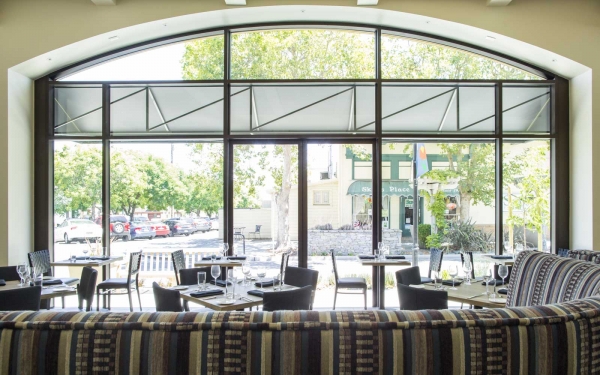 The restaurant has been busily documenting the kitchen's opening preparations on social media, posting Facebook photos of dishes like gazpacho with housemade toast, piel de sapo melon and basil sorbet; local organic heirloom tomatoes with watermelon, cucumber, pickled red onion and a balsamic-fig gastrique; and a pan-roasted duck breast with peach relish and a corn and fava bean succotash, to name a few. 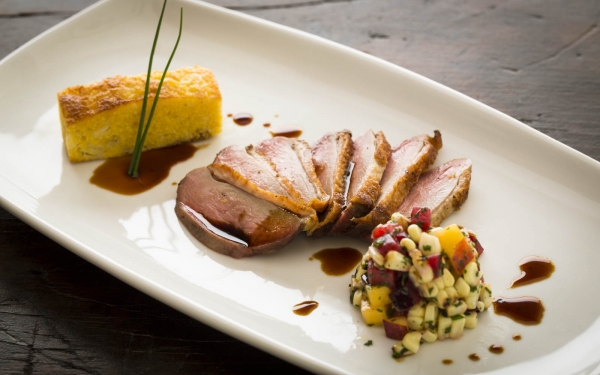 Check out the original Cetrella's menu to get more of a sense of the food.

There's also a full bar, so expect cocktails. The wine list offers a "wide-ranging library of international wines" with vintages from more than 10 countries, according to the press release. There's also syrah from Cetrella's own private cellars and cabernet from Cetrella's sister enterprise, Liquid Sky Vineyards of Moon Mountain in Sonoma.

The bar and lounge area seats 20 guests at tables and 11 at the counter. Local musicians will perform live jazz there on Fridays and Saturdays from 6:30 to 9:30 p.m.

Cetrella first opened in Half Moon Bay in 2001 under the ownership of Paul Shenkman, who now owns Sam's Chowder House in Half Moon Bay and Palo Alto. He sold Cetrella in 2006, after the restaurant garnered both local and national attention in Gourmet Magazine, Wine Spectator and the San Francisco Chronicle.

Shenkman named the restaurant after a valley on the island of Capri, Italy.

Cetrella Half Moon Bay has long been a happy destination for us, so this is great news for times when driving to the coast isn't easy. The owner, M'hamed Bahet, gets everything right: the food, service, and ambiance are always perfect.

This barbecue business was kicked out of Belmont. Now it's a Sunday fixture in Redwood City.
By The Peninsula Foodist | 2 comments | 4,585 views

Doing more with the natural spaces we have
By Sherry Listgarten | 8 comments | 3,243 views

Can the Memphis police behavior ever happen here?
By Diana Diamond | 23 comments | 1,452 views