Cartal has taken over 415 California Ave., most recently the short-lived home of haute hot-dog eatery Chez Franc. Chez Franc suddenly shuttered in May after four months of business.

Cartal wrote in an email last week that he will be bringing "continental and French cuisine" to California Avenue "in a casual and friendly small neighborhood restaurant" called La Boheme.

He didn't share too many other details, besides that there will be "quality and freshness in each plate" and the restaurant will be serving brunch, lunch and dinner. He's aiming to be open by the end of September.

Cartal has hired a Palo Alto architecture firm, McFall Architecture, to do some remodeling, included renovating the facade of the restaurant; adding outdoor seating and swapping out the tinted, closed windows for clear, sliding windows for a "more open and welcoming appearance," according to plans submitted to the City of Palo Alto. 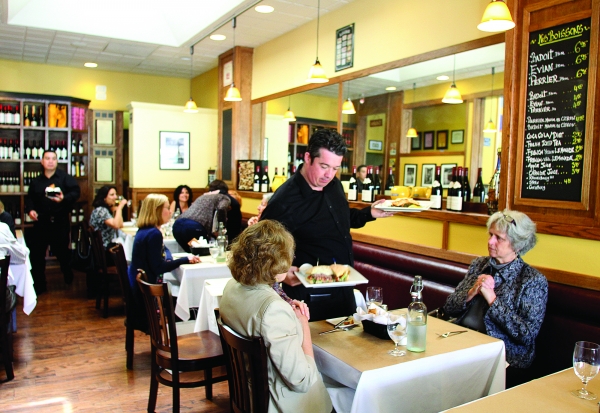 Cartal and his nephew Max Roucoule (pictured above in 2012) opened Pastis in 2011 at 447 California Ave. after the space was vacated by Joanie's Cafe, which moved down the street to its current location.

Great news! This family operates wonderful restaurants, and I welcome another similar eatery on California Avenue.


Yippee, love this pace for a romantic dinner with minimum kids present...will love another restaurant by this management..food is spectacular


Honestly don't get the hype. Long waits, overrated food, rude staff...there is far better out there. Was hoping another place would open here, not another of the same.

12 can't-miss items at Eataly Silicon Valley, according to an Italian food expert
By The Peninsula Foodist | 0 comments | 2,205 views

I support conversion of office space to housing on West Bayshore
By Steve Levy | 12 comments | 1,814 views