"I'm going to retire, what can I say?" owner Toshio Akabori said Monday. He opened the diminutive restaurant at 605 Santa Cruz Ave. (one storefront away from the corner of El Camino Real) in August 1985, and said he's been thinking about retiring for awhile now. 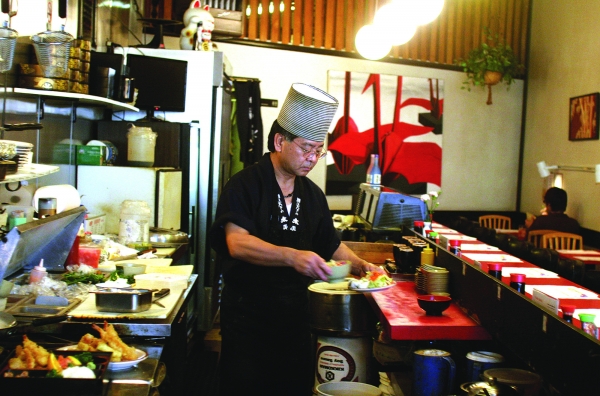 Tokyo-native Akabori's lifelong dream was to open a restaurant in America (according to this December 2010 review). He worked his way up from hotel kitchens in Japan to Guam, where he cooked and learned English, and finally, a culinary apprenticeship in Missouri before landing in Menlo Park.

The restaurant got its name for its long and narrow shape that Akabori said reminded him of similar restaurant spaces housed in Tokyo's underground system. Akabori and his wife served up sushi, udon, ramen, teriyaki, bento boxes and the like. 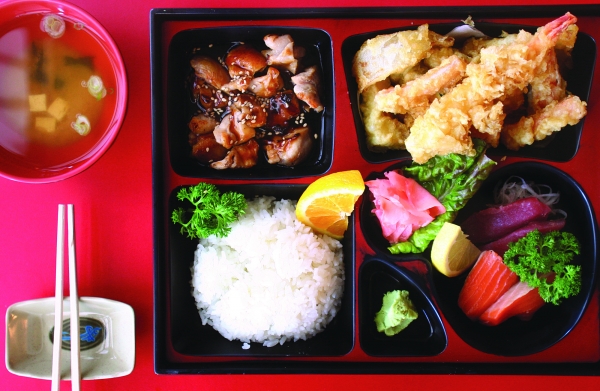 The deluxe bento lunch at Tokyo Subway features choices like fresh sashimi, chicken teriyaki, shrimp tempura and is served with rice, salad and a bowl of miso soup. Photo by Veronica Weber.

Akabori said he was sad to retire after so many years. His parting words: "Thank you for everything to my loyal customers." 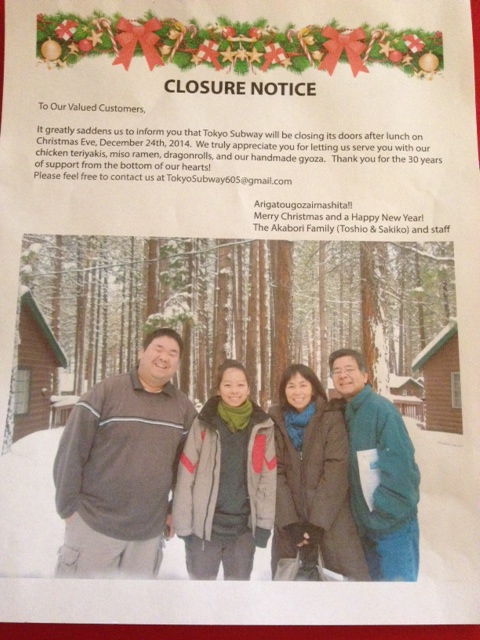 I have enjoyed Tokyo Subway since it opened and was sorry to see it close. I thought there would be a new Japanese restaurant opening in the same space, but it's been a long time. Any news on whether there will be a replacement?

State Street Market plans overhaul of its eateries as it cuts ties with Bon Appétit, triggering layoffs
By The Peninsula Foodist | 11 comments | 3,929 views

Doing more with the natural spaces we have
By Sherry Listgarten | 6 comments | 2,468 views