Every Day Is for the Thief by Teju Cole

Uploaded: Dec 8, 2014
I love this time of year, not because of the holidays per se, but because I get to buy tons of books without feeling guilty about it. Over the next couple of weeks I'm going to be posting recommendations so you can do the same.

Today's special is Every Day Is for the Thief, the new book by Teju Cole. I've seen it advertised as a novel and as a memoir, but it's basically a travelogue. The author/narrator is a Nigerian-American man who grew up in Nigeria but left in his teens to attend school in the US. Fifteen years later he's back for a visit, retracing his old steps, reconnecting with old friends, and noticing how much has changed since he left. 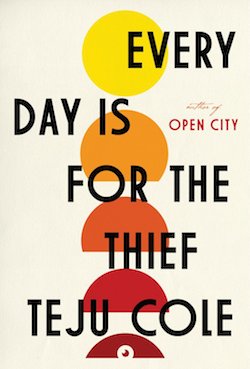 I love reading about contemporary Africa. My favorite novel last year was http://www.paloaltoonline.com/blogs/p/2013/11/20/the-best-novel-ive-read-this-year We Need New Names by NoViolet Bulawayo, and I also enjoyed Paul Theroux's Last Train to Zona Verde. Neither of those are the typical African tourist tale (see Jennifer Egan's A Visit from the Goon Squad for a fresh take on that one...). Neither ignore what might be called the difficult parts of Africa: the religiosity, the racism, the all-pervasive corruption. Teju Cole is also concerned with Africa's difficulties, but he comes to Nigeria with love in his heart. 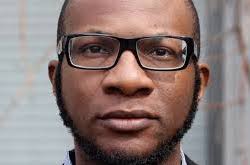 Cole's narrator shares much with Julius, the narrator of his first book, Open City. (Actually Every Day Is for the Thief was published first, but only in Nigeria). Both characters are cool, calm, and perhaps even cold, but hyperaware of everything around them. Cole reminds many readers of W.G. Sebald in the way his settings seem to exist to organize his observations. And what observations! I will never forget Cole's description of a shipping container delivered to a friend's fenced-in in Lagos for unpacking. The container was packed by a relative in the US, filled to capacity with school supplies, household goods, and a Honda Civic. But before the family can close the fence behind the truck, a group of petty bandits--"neighborhood boys," they're called--slips in and starts making demands. What they want is not textbooks but a bribe, same as everyone in Nigeria. And like carolers in search of figgy pudding, they're not leaving until they get one. Cole explains that freight was only a small part of the cost of shipping the container; the majority of the expense and headaches occur after the ship has docked. And none of it comes with a receipt.

I'm not sure if Cole intended to organize his book this way, but it appears that each chapter introduces a new type of thievery, from outright highway robbery to embezzlement by pastors and other community leaders. Through it all, he never loses his equanimity, which I suppose is the only way to take it.

We need an audit of city spending
By Diana Diamond | 9 comments | 2,054 views