Uploaded: Aug 18, 2014
One of the highlights of my job as director of the Center for Steinbeck Studies at San Jose State is the annual "In the Souls of the People" Steinbeck Award presentation. Every year since 1996 we have given this award to a writer, activist, musician, or other public figure whose work captures the spirit of John Steinbeck's commitment to justice for the common man. The name comes from Chapter 25 of The Grapes of Wrath: "In the souls of the people the grapes of wrath are filling and growing heavy, growing heavy for the vintage."

The list of awardees is diverse and distinguished, ranging from musicians like Bruce Springsteen and Joan Baez to social activists like United Farm Workers co-founder Dolores Huerta and TV host Rachel Maddow. This year's recipient is the novelist Khaled Hosseini, author of The Kite Runner and two more novels set in his native Afghanistan. Hosseini is being recognized not only for his beautiful and deeply moving fiction, but also for his humanitarian work. Together with his wife, Roya, he founded the Khaled Hosseini Foundation, which builds shelters for Afghan refugees and provides economic opportunities, education, and healthcare for women and children. He has also served as a special envoy for the UN's refugee agency, the UNHCR. 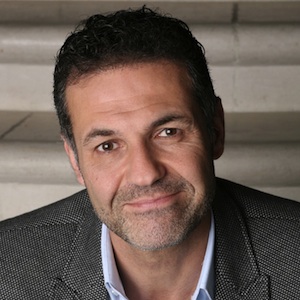 It's hard to believe that Mr. Hosseini will be the first fiction writer to receive the Steinbeck Award. Plenty of novelists know how to tell a good story, and plenty try to raise consciousness through their work, but very few do both. Steinbeck used his fiction to call attention to the plight of migrant farmworkers, in particular the "Okies" of the 1930s, a group that many Americans had heard of, but did not know much about. Khaled Hosseini's work does this for people of Afghanistan, a population most Americans know only from the news. His first novel, The Kite Runner, published in 2003, sat atop the bestseller list for two years not just because of the unforgettable story of Amir and Hassan, but because the story helped Americans understand a place and a people distorted by news accounts. Hosseini took us inside Afghan homes, inside Afghan families. His next two novels, 2007's A Thousand Splendid Suns and 2013's And the Mountains Echoed, extend our understanding even further, moving beyond Kabul to remote mountain villages, to the ancient poet's city of Herat, exploring more of Afghanistan's fascinating culture and heritage. 2014 marks the 75th anniversary of the publication of Steinbeck's masterpiece, The Grapes of Wrath. I can't think of a more appropriate way to mark the occasion than to honor a writer whose work opened our eyes like Steinbeck's did 75 years ago.

The award ceremony is open to the public. It will be held Wednesday, September 10, at 7:30pm, in the new Student Union at San Jose State. Before accepting the award, Hosseini will discuss his life and work onstage with radio host Pat Thurston. We will be joined also by Jan Sanchez, the English teacher who introduced Khaled Hosseini to Steinbeck in her class at Independence High School in San Jose over thirty years ago.

Tickets are $25 ($10 for students with ID) and are available at Eventbrite, Ticketmaster outlets, and the SJSU Event Center Box Office. The event is sponsored by Student Union, Inc. and the Martha Heasley Cox Center for Steinbeck Studies. I hope you will join us in honoring this important American author.

Thanks for letting us know about this event Nick. I haven't been to the Steinbeck Center yet, so this is as good an opportunity as any. And it'll be good to hear Mr. Hosseini's conversation. By the way, Commonwealth Club members get a $5 discount off the $25 ticket price.