Dock Ellis in the Country of Baseball

I have always read a lot of baseball books, and lately I've been reading even more, trying to learn all I can about the world in which I've set my first series of mystery novels. I've discovered that statistical analysis has taken over the baseball-publishing business. Call it the Moneyball effect. But stats can only hold your interest so long, no matter how groundbreaking. Lately I've found myself craving narrative and coming up largely empty.

I recently read a couple of books filled with insider anecdotes?one was about the so-called "baseball code," the unwritten rules governing beanings and retaliation and so forth; the other was the memoir of a prominent play-by-play announcer. Both gave me what I was looking for: details to use in altered form in my novels. But both read like catalogues. When I was a kid in LA, the LA Times printed a daily column in the sports section called "Notes on a Scorecard," which contained exactly that?random notes about the previous day's sporting events, as jotted down by the columnist. He was an observant guy, steeped in the lore you expect a sportswriter to know, but the column lacked coherence. In short, there was no narrative.

My other life as a historical novelist has made me a diligent follower of footnotes and citations. While short on narrative, the two books mentioned above were rich in references, and one of them (I think it was the baseball-code book) led me to Dock Ellis in the Country of Baseball, a 1976 book by Donald Hall.

Wait, I thought -- Donald Hall? As in, the 2006 US Poet Laureate and author of the children's classic The Ox-Cart Man? 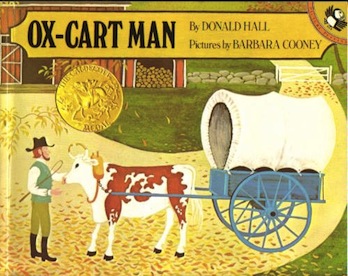 Yep, same guy. In the mid-1970s he became involved in a book project called Playing Around, wherein a few prominent writers (George Plimpton was another) put on uniforms and participated in Spring Training. Hall liked the experience so much that he went looking for a book project that might keep him in what he calls "the country of baseball" a while longer. He was attracted to Ellis, the flamboyant Pirates right-hander, and once Ellis learned Hall was a writer, he basically pitched the book to him. 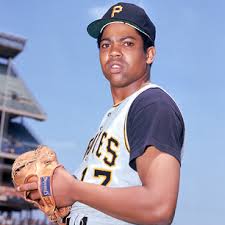 Hall ended up following Ellis through the 1974 baseball season (and checking in a few times after that), interviewing teammates, coaches, and even his family in California. 1974 wasn't a particularly good year for Ellis, but that was beside the point. What Hall captured was even better?a raw, unvarnished account of a year in the big leagues.

I would be remiss if I didn't explain that Dock Ellis wasn't just any player. He was an iconoclast, a player who loved his celebrity for many reasons but mostly because of the platform it gave him to speak his mind. In the early 70s, African-Americans were still subject to blatant and sometimes violent public racism, especially in the South. In one scene Ellis and his teammate, African-American slugger Willie Stargell, are stopped at the gate of Riverfront Stadium in Cincinnati and asked to produce ID?something none of the white players are asked to do. Ellis also speaks his mind about the unfair labor practices of the MLB owners (this was before collective bargaining). And it wasn't just speech that made Ellis a lightning rod. He also, famously, wore hair curlers while warming up in the bullpen?for fashion, he says, but also to bait the racists. 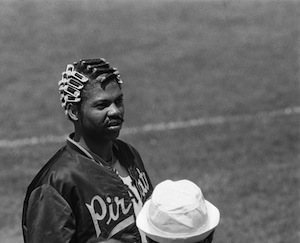 By the end of the book I understood why Donald Hall was so drawn to Dock. He was stranger than fiction. If I were to invent a character who wore curlers in the bullpen and still managed to score atta-boy letters from Jackie Robinson (it's true!), my readers would cry foul. It would be too cartoonish, too strange, too much. It's counterintuitive, but a book about Dock Ellis could only work as nonfiction. When you claim that your subject pitched a no-hitter on LSD (as Ellis did), you need the weight of truth to back you up. Otherwise it's a hack move, an overreach.

The only problem with Dock Ellis in the Country of Baseball is that it's hard to find. Order it online or use worldcat.org to find it in a library near you. You'll see that there is an original 1976 hardcover edition and a 1989 paperback reprint; I recommend the paperback, which includes an update on Ellis's life after baseball.

If you need a break from stats, get your hands on this book. It's the best baseball novel I've read in years.

I'm just gonna say, check out Barbara Manning and SF Seals an indie rock band and their tribute to the pitcher here is a link:
Web Link

Barbara played my concert series at Cubberley in 1995 and we made a cool poster that featured, not Dock Ellis but Sal Maglie, "the Barber", not a Seal but an ex-NY Giant. Kinda weird but very Cooperstown.

By the way, there is a good Andre Dubus (senior) story about a baseball pitcher I wrote about once on my blog, Plastic Alto.

Never tried LSD but speaking of LDS I am listening care of library to "Book of Mormon" --how's that for a curveball.


From Andre Dubus, "The Pitcher":

He did not make love to Leslie the night before the game. All season, he had not made love to her on the night before he pitched. He did not believe, as some ballplayers did, that it hurt you the next day. It?s why the call it the box score anyway. Hap Thomas had said on the bus one night after going hitless; I left at least two base hits in that whorehouse last night. Like most ballplayers in the Evangeline League, Thomas had been finished for a long time: a thirty-six-year-old outfielder who had played three season ? not consecutively ? in Triple A ball, when he was in his twenties. Billy didn?t make love the night before a game because he still wasn?t used to night baseball; he still had the same ritual that he?d had in San Antonio, playing high school and American Legion ball: he drank a glass of buttermilk then went to bed, where for an hour or more he imagined tomorrow?s game, although it seemed the game already existed somewhere in the night beyond his window and was imagining him. When finally he slept, the game was still there with him, and in the morning he woke to it, remembered pitching somewhere between daydream and nightdream; and until time for the game, he felt like a shadow cast by the memory and the morning?s light, a shadow that extended from his pillow to the locker room, when he took off the clothes which had not felt like his all day and put on the uniform which in his mind he had been wearing since he went to bed the night before. In high school, his his classes interfered with those days of being a shadow. He felt that he was not so much going to classes as bumping into them on his way to the field. But in summer when he played American Legion ball, there was nothing to bump into, there was only the morning?s wait which wasn?t really waiting because waiting was watching time, watching it win usually, while on these mornings he joined time and flowed with it, so that sitting before the breakfast his mother cooked for him he felt that he was in motion toward the mound.

Not a tripper, total five-tool writer and dude, even from a wheel-chair...he punched my buddy Brian E. Moore in the stomach, just to let Brian into his realm, like an initiation, at a reading back east. (I know you are talking about his son, not the father, but close enough, for a junkballer like me)

I am currently reading this book for research for a paper I'm writing for my University. My topic focuses on Dock Ellis as a kind of figurehead for the tail end of the counterculture movement. The documentary about Ellis ("No-No: A Dockumentary") is a wonderful movie and is what got me interested into the topic. I stumbled upon your blog while trying to find some reviews for Hall's book. Loved the review.