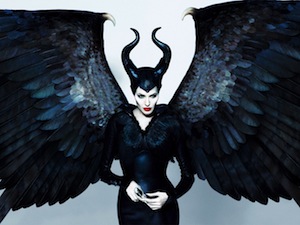 The power of folktales lies in their retelling. They migrate across cultures, taking on the contemporary anxieties of whatever society does the retelling, but each folktale maintains certain common images, motifs and structures through time. Folklore scholars around the world today identify the structure of folktales using the Aarne-Thompson tale type index, first developed in the early 1900s, and later expanded in 1961, and again expanded in 2004. Aarne-Thompson tale type 410 concerns a young woman who falls into a deep sleep.

In 1634, Italian poet and courtier Giambattista Basile wrote a disturbing version of type 410 titled Sun, Moon and Talia. In that version, astrologers prophesize that a lord's daughter will be hurt by a splinter of flax and despite the lord's efforts to stop fate by banning flax, the prophesy comes true. The princess is raped by a king while she's unconscious and bears two children. The story also involves another tale type having to do with cannibalism.

Charles Perrault published another version of the story in 1697. In that story, a good fairy is able to partially change a bad fairy's curse of death-by-spindle. Instead of dying, the princess is cursed to fall asleep for 100 years. The Brothers Grimm offered another version of tale type 410, but they called the daughter "Briar Rose" and ended the story earlier than either Perrault or Basile with the arrival of the prince and his kiss. This is the ending we know.

When Disney released Sleeping Beauty in 1959, it was not an immediate hit, though, like many classics, it has taken hold of the public imagination and won fans in the years since then. In retelling tale type 410, Disney magnified the role of the wicked fairy, naming her Maleficent and giving her a raven companion. Like many other Disney villainesses after her, Maleficent steals the show from the tepid, sweet princess heroine Aurora. She's powerful and vengeful and memorable.

Disney's Maleficent subverts the earlier animated Sleeping Beauty by taking the perspective of the evil fairy and giving her a backstory. The Manichean lens of good versus evil?prominent in so many stories until late in the last century?has given way to today's viewpoint that villains are not born evil, but made so ?by trauma, by institutional forces, by faulty brain chemistry. And so we get Jane Eyre from the perspective of the madwoman in the attic (Wide Sargasso Sea), the Wicked Witch of the West from the perspective of Elpheba (Geoffrey Maguire), Frozen from the Snow Queen's perspective and so forth. You'll notice that many of these retellings are feminist revisions of female villains.

Feminist revision is the basis of the first third of Maleficent, which reveals Maleficent's girlhood as a fairy in the moors. Like other fairies, Maleficent has wings, but they are enormous raven wings, rather than the sparkly, ethereal glitter wings we typically associate with English fairies. Valiant and heroic even as a girl, Maleficent seeks to protect the moors. Early on, she leads a lost orphan boy Stefan back to the human world. He is wearing a ring that burns fairies and when he realizes the ring burns Maleficent, he casts it aside. This kind gesture makes Maleficent fall in love with him.

As she and Stefan grow up, however, the strife between the fairy world and the human world worsens. She defeats the king in a battle and he promises his men that whichever of them is able to avenge him will win the throne. Knowing this, Stefan comes back and roofies Maleficent. I won't give away what happens next (though I will say it is not a literal rape and it will not be horrific for adolescents to watch), but this experience of violation and loss makes her evil. . . Maleficent becomes Maleficent after first being a Sleeping Beauty.

The rest of the film offers several twists and turns, considerably changing the events of Disney's Sleeping Beauty. It is dark and creepy?a film for adolescents, definitely not for small children, nor for adults who insist on strict logic, rather than dreamy evocation. I rather liked it. Angelina Jolie is stunning?with her high cheekbones and elegant dark beauty and ability to evoke empathy, she seems tailor-made for this role. The visual world building is often inspired and haunting.

There are some notable flaws. For example, the dialogue and plot could have been much much smarter. Aside from Jolie, the other actors are serviceable, but there's nothing special in most of their performances. Towards the second half, dreamy evocation gives way to an overblown contemporary revenge fantasy that feels downright muddled. Sadly, a pivotal moment of power is taken away from Maleficent at the end of the movie, and given to her male raven companion instead.

Neil Jordan's The Company of Wolves (Little Red Riding Hood) and Jean Cocteau's La Belle et La Bete (Beauty and the Beast) are more sophisticated, but Maleficent is often visually memorable, particularly as a 3D movie. When I was a tween or teenage girl, I would have loved this movie.

If you are of a literary bent, this is a fantastic time to read adult contemporary re-imaginings of fairytales and folktales. Some recent favorites of mine include Helen Oyeyemi's Boy, Snow, Bird; Porochista Khakpour's The Last Illusion; and the anthology My Mother She Killed Me, My Father He Ate Me.


Thanks for an interesting column! I am looking forward to seeing Maleficent, even though I know it's flawed.

Someone gave me a used copy of this when I was a kid, and I never forgot it: Web Link
Really interesting stories, where women were the victors instead of the victims.


Report Objectionable Content
+   1 person likes this
Posted by Anita Felicelli, a Palo Alto Online blogger,
on Jun 6, 2014 at 6:44 am
Anita Felicelli is a registered user.


Thanks for reading, Hmmm. Hope you enjoy the movie and thanks for the book recommendation - looks promising.


I would love to see someone make a movie from today's perspective of "The boy who went out into the world to learn what fear is." Or, "The boy who would not shutter." From what I examined of the story line it sounds mostly logical that the boy is autistic. When you compare what today calls fear compared to the original, I would suspect it would make for quite an interesting movie.

Premarital and Couples: What Does Sex Mean to You?
By Chandrama Anderson | 0 comments | 1,712 views

'Ignoring what's wrong has never made anything right'
By Diana Diamond | 4 comments | 1,657 views