Uploaded: May 28, 2014
LB Steak in downtown Menlo Park has brought on a new chef to replace well-established John Gurnee, formerly of Wayfare Tavern in San Francisco, who ended a short stint in Menlo Park earlier this year.

Kelsey Casavan -- who has risen up in the ranks in the Left Bank restaurant group, from hostess to the cold line to lead cook -- will now head the kitchen. The 30-year-old is a native of Vancouver, Canada, and was ? wait for it ? a professional ballerina before beginning her culinary career.

Casavan danced with the Atlanta Ballet for nine years before she decided to retire. Her husband (then boyfriend) was transferred to a job in San Rafael, California, and she decided it was the right time to start her second career.

?I did always say when I was dancing that once I was done dancing, I didn?t want to do anything ballet related,? she said. She explained that many ballet dancers ? who, like most professional athletes, have to retire at a young age when their bodies start to hit a physical limit of no return ? would stay in that world, opening their own studio or dance company.

But, she said she had always wanted to be in the kitchen. She often cooked for her fellow dancers.

?If someone had a birthday, I would bake a huge seven layer cake and bring it into work and it would be gone in five seconds,? she said.

Once she was out in California, she ended up working as a hostess at Left Bank?s outpost in Larkspur.

?I figured well, if I could get my foot in the door and get to know them, I could weasel my way into the kitchen,? she said.

It might sound impossible, but she did just that ? asking the chef to give her a chance so many times that he gave in, letting her at first work on the cold line on salads and desserts. She eventually became lead cook in Larkspur.

When the restaurant group was getting ready to open LB Steak in Menlo Park, she would head there on her days off to help put the kitchen together and unpack boxes. Once they were open, she helped make pastries. And about two years ago, she was officially promoted and brought on board to work as a sous chef at the Santa Cruz Avenue restaurant.

Casavan said she doesn?t have any plans to significantly revamp the LB Steak concept ? ?we?re staying steak? ? but she wants to bring it back to a more simplistic style.

?I don?t like stuff that has 20 different components. I like things that are simple but tasty. I?m trying to bring it back to things that are more familiar to people,? she said. 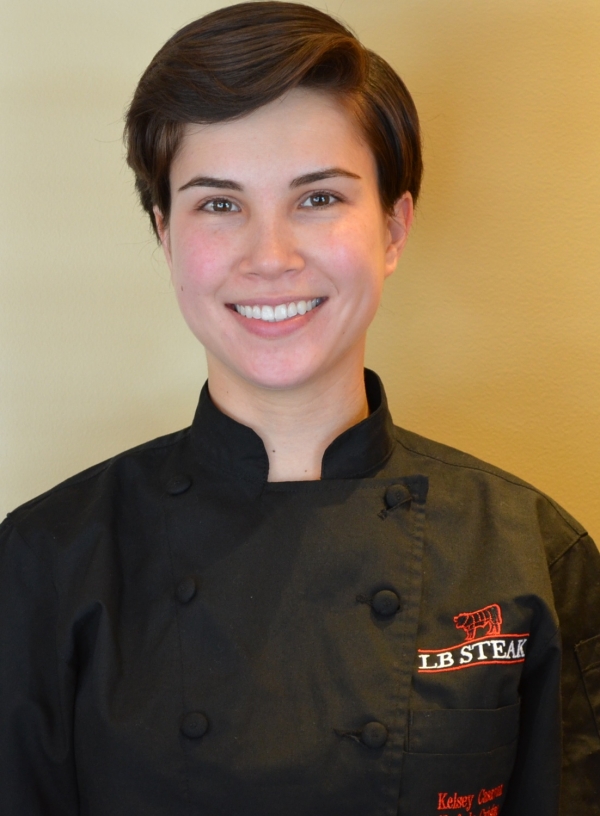 How we eat away at our open space, even in Palo Alto
By Sherry Listgarten | 5 comments | 6,862 views

Three new restaurants from former Manresa chef David Kinch and his team are coming to Los Gatos
By The Peninsula Foodist | 1 comment | 4,165 views