The Story of a Novel, Part 1

Uploaded: Feb 11, 2014
In less than a month, my third novel, The Setup Man, will hit bookstores across the United States and Canada. The Setup Man is my first crime novel and the first book I've ever written that has a decent shot at commercial success. For this reason, and for other reasons I'll explain later, I decided to publish it under the pseudonym T.T. Monday. Over the next few posts on this blog, I will tell the story of how T.T. Monday and The Setup Man came to be.

To begin, rewind three years: It's 2011 and I'm living in Hyderabad, a city of nearly ten million in the southern part of India. I have a government fellowship to teach a class at the English and Foreign Languages University, and my wife is working for the India office of her Silicon Valley employer. Our seven-year-old daughter attends a local school where, among other new experiences, she wears a uniform for the first time, eats lunch with her hands, and carries her own toilet paper in her backpack. We live in an apartment complex in Hi-Tec City, the part of town where Western technology and financial corporations have set up shop. Our neighbors are mostly Indian engineers and their families, many of whom grew up in the area, went to school in the U.S. or Britain, and have returned under the aegis of Western employers. Our daughter is the only white kid in her school but nearly a third of the students hold American passports. We might as well be in Cupertino.

Okay, not really. There are no water buffaloes wandering the streets of Cupertino. No snack stands where boys chop coconuts with machetes. No tea stands. No paan shops. No autorickshaws. Instead of kids playing soccer on manicured grass fields, boys play cricket in trash-strewn lots. It is very dry in Hyderabad--in seven months we saw maybe an inch of rain. It's like California in that way. 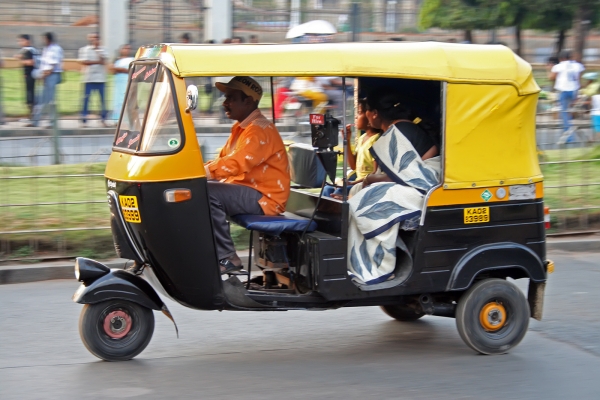 Like most professionals in India, we have servants: a driver, a nanny, and a cook. The cook also does the laundry and cleans the apartment every day. Having servants is often more trouble than it's worth (among other hassles, you become a small HR department), but for now, it's great: I have plenty of time to write. On days when my class does not meet, I hole up in my bedroom finishing the manuscript of what will become my second novel, Father Junípero's Confessor. It may seem strange that I'm sitting in twenty-first-century India writing about Spanish missionaries in eighteenth-century California, but as a historical novelist, that's what I do. My first novel, The Disagreement, told the story of a medical student in Virginia during the Civil War. I've never been a soldier or a doctor, and although I wrote most of the book while I was living in Colonial Williamsburg, I have no first-hand experience living in nineteenth-century America. In some ways, I find that it's easier to be far away from my subject--in place and in time--because it allows me to retreat more fully into the imagined world of the story. There is no science to prove it, but a long history of expatriate authors, from Fitzgerald to Nabokov to Kundera, suggests I'm not alone in this predilection.

My first novel was published by Simon & Schuster, one of the "Big Four" (now Big Three) American publishing houses. S&S paid me a hefty sum for the manuscript--or what seemed like a hefty sum until we moved to Silicon Valley. The hardcover appeared in April 2008, the paperback a year later, as was customary at the time. The publishing business has changed dramatically since 2006, when S&S acquired The Disagreement. Back then there were more bookstores--remember Borders? The Kindle did not exist, nor did the iPad. Authors were paid larger advances. Book tours were common. There was no such thing as a book trailer and authors were not expected to blog or tweet. Only college kids had Facebook accounts. There was very little an author could do to promote himself without his publisher's help. Fortunately, S&S was committed to promoting my novel, and they sent me on a brief book tour through the southern U.S., including stops at book festivals, writers' conferences, and several different kinds of bookstores. The effect of all this effort was disappointing. Newspaper coverage (still the clearest driver of book sales, especially in literary fiction) was scant. Most publishing profits are made in hardcover sales, and The Disagreement failed to sell as well in hardcover as S&S had hoped. One explanation was that the book cover did not appeal to women, so a new cover was chosen for the paperback edition. Unfortunately the paperback also missed expectations. The advance was mine to keep, but when the time came to pitch my next book, S&S politely declined. 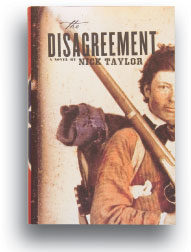 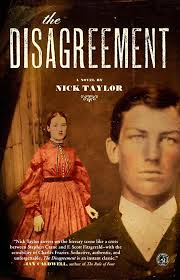 By the time the paperback edition of The Disagreement came out in 2009, I was well into the research for another historical novel, this one about the Franciscan missionaries who established the California missions in the 1770s. Perhaps I should have seen the handwriting on the wall--i.e., if your first book doesn't appeal to women, maybe don't go out and write a book about priests. But I am a product of Catholic school and a native Californian, and I felt compelled to tell the mission story. New York publishing houses weren't interested, but I had the good fortune to be introduced to Malcolm Margolin, publisher of Heyday Books, a Berkeley independent press specializing in California topics. By then I had found a way to incorporate a major female character, and Heyday published the novel in October of last year. This time sales met expectations--but only because the expectations were low. 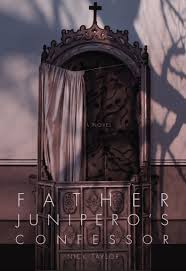 I was disappointed. It takes years to write a book, and every day when you sit down alone, you hope that one day someone will read your work. Without readers, you might as well be writing a journal. Literature is a long, slow conversation between writers and readers, and the most meaningful moments in my career have been exchanges with readers. Even as I sat in my Hyderabad bedroom working on a book with limited appeal, I was dreaming of connecting with readers. What could I write, I wondered, that would reach a wide audience?

The answer, as it turns out, is simple: the genre of fiction with the most readers (by far) is romance. Romance novels accounted for nearly 17 percent of all book sales in 2012. That's more than three times the market share of literary fiction. The Romance Writers of America reports that 74.8 million people read at least one romance novel in 2008. And that was before the Kindle!

But I couldn't write a romance novel. I'd never even read one. I had scrupulously avoided sex scenes in my historical novels, not because I'm a prude but because I had no idea how to make the sex convincing. Writing about sex is tricky; it tends to be either too technical ("insert Tab A into Slot B?") or too sloppy ("his loins burned," etc.)

As it turns out, I would write plenty of sex scenes. Just not in a romance novel.

Next time: Calling my shot.

"Literature is a long, slow conversation between writers and readers..." Lovely. I'm looking forward to this one.