The Empty House by Nathan Oates 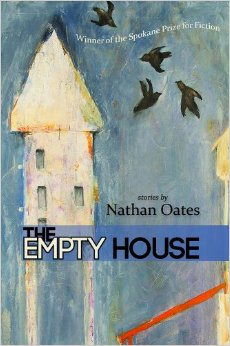 You'd never know it by glancing at bookstore shelves, but there are more short stories being written today than ever before. Mostly this is because of college workshops in creative writing (like the ones I teach at San Jose State) and the usefulness of short fiction as a proving ground for young writers. The market for short story collection, however, remains weak (or so we are told by agents and editors). Still, some collections manage to claw their way onto shelves. In my observation these can be placed into four groups:

1 - Collections by big-name novelists. I'm thinking here of T.C. Boyle, Jess Walter, Russell Banks -- writers whose daily bread does not depend on sales of these collections. The stories don't sell as well as the novels, but nobody seems to care too much, as long as the novels keep coming.

2 - Collections by the rare geniuses who specialize in short stories. These writers do exist, and Alice Munro's recent selection for the Nobel Prize validates their place in the literary universe. The thing is, I can count these people on one hand. Besides Munro, there's George Saunders, and Deborah Eisenberg?anyone else? Also Junot Diaz and Aimee Bender, who made their reputation with stories but now write novels as well.

3 - Collections of "linked" stories published as novels or that bizarre, paradoxical hybrid, the "novel in stories." Some of my favorite books of the last several years have fit this bill, for example NoViolet Bulawayo's We Need New Names and Justin Torres's We the Animals. The main criteria for "linkage" is a shared cast of characters--or, ideally, a protagonist who appears in every story. Stories linked by theme or setting generally do not count.

4 - Collections published as part of an award series, for example the University of Georgia's Flannery O'Connor Prize and the Iowa Short Fiction Award. Writers submit manuscripts to these contests and the winning entries are published by the small press (normally university-affiliated) sponsoring the prize. Some of the best story collections published today can be found in this category. Nowhere else will you find, for example, work by little-known or emerging short story writers who do not also publish novels, or whose stories cannot be stitched together and called novels.

I recently had the pleasure of reading a fantastic example of the prize-winning story collection, The Empty House by Nathan Oates, winner of the 2012 Spokane Prize in Short Fiction. These twelve stories, first published in literary journals like The Antioch Review and Witness, revolve around the theme of travel, although very few of Oates's characters are on vacation. Rather, the characters in The Empty House all choose, for various reasons, to leave their homes and make themselves into strangers. The protagonist of "A Woman Without a Country" travels the world trying to escape the infamy of having slept with a reality TV star. In "The Highline Highway," a man visits a Mennonite community in rural Montana where as a college student he was paid by the town fathers, who were worried about inbreeding, to have sex with one of the community's young wives. In "Developing," the collection's most beguiling story, a man gets a call from a photo shop (echoes of the cake shop in Raymond Carver's "A Small, Good Thing") where the clerk insists he has prints to pick up. The photos clearly depict him with a woman who is not his wife, in a house that is not his home. He spends weeks trying to locate the house, driving up and down the residential streets of Columbia, Missouri. In the end we realize that the story is a letter he has written his wife from the mysterious house--which is in a city he will not name, where he has taken a new identity. Or not; he may have just flipped his lid. At any rate, he is not on vacation.

The developing world serves as the backdrop for nearly half the stories in The Empty House. The collection's strongest entry, "In the World Below," takes place in Haiti, the poorest nation in the Western Hemisphere, where a college administrator and his teenage son have gone to negotiate visas for foreign students. When civil unrest closes the airports and a US aircraft carrier steams into Port-au-Prince harbor, the two Americans trust their lives to their facilitator, an inscrutable Haitian who turns out to be more than just a driver. The inscrutability of the developing world is a major theme in the collection, driving not only the Haitian story but also the handful set in Guatemala--most notably "The Empty House," which was anthologized in 2008's Best American Mystery Stories. 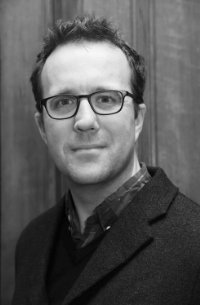 Characters do not recur in Oates's stories, but his protagonists appear to be cast from the same mold, not just in their wanderlust but in the way they worry that their lives--at whatever stage--have amounted to nothing. Often their worries feel well-founded. The adult child living at home in the disturbing "In the Ravine," for example, has good reason to feel like a loser. However other characters appear to have accomplished plenty in their unhappy lives, for instance the academics in "Nearby, the Edge of Europe" and "Famous for Crabs." In these cases the existential worry feels like a manifestation of personality, not a reflection of circumstances. But Oates realizes, like all good writers, that no one wants to read fiction about happy, well-adjusted people. For that, he must know, we have Facebook.

Looking forward to reading this one, and I love the last line of this review.

Report Objectionable Content
Posted by Mary Tevlin, a resident of another community,
on Dec 11, 2013 at 8:29 pm


Nathan is my nephew, I am very proud of him. I have his book on pre-order and cannot wait to read it. Thank you for the preview, that makes even more exctiting!

State Street Market plans overhaul of its eateries as it cuts ties with Bon Appétit, triggering layoffs
By The Peninsula Foodist | 10 comments | 3,329 views

Doing more with the natural spaces we have
By Sherry Listgarten | 3 comments | 1,844 views