About Foss: An unscientific survey of favorite children's books about animals

Uploaded: Nov 29, 2013
This post is part of an occasional series on animals and pets in art and literature, that I'm calling "About Foss," after
Edward Lear's
famous cat. Lear wrote about his cat Foss in his letters, when he wasn't busy writing The Owl and the Pussycat and other fanciful and nonsense poems. Foss lived to be 17 years old and was buried at Lear's Villa Tennyson in San Remo, Italy. Here's Foss in one of his poses for your enjoyment: 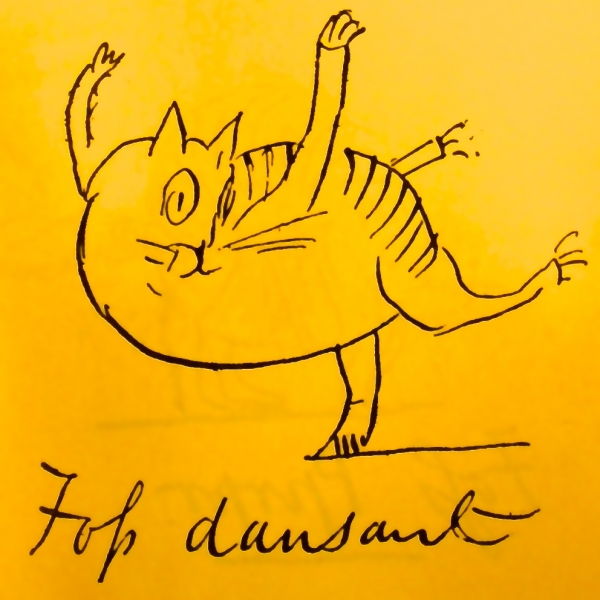 With the gift-giving season upon us, this post is about favorite works of children's literature with animal themes, for younger children and youth readers. A meaningful holiday gift for a youngster could be a collection of your favorite books from childhood, or some recently published works to discover. My children are older (12 and 20), so I'm in the process of whittling down our children's book collection through the LIttle Free Library in front of our house. I tend to favor the books I knew as a child that have stood the test of time, along with newer works that are on their way to becoming classics.

It's an impossible task to create a top 10 list, and there's no ranking within each list. A parenthetical "C" means Caldecott medal for best picture book illustrations, and an "N" means Newbery medal for best children's book. The American Library Association has a number of other medal categories, so it's worth checking out these other lists here.

I've also solicited lists from fellow Palo Alto online blogger, Nick Taylor, who writes about literature at On the Page, as well as the Palo Alto public library, Books Inc. at Town & Country, and Kepler's in Menlo Park. Both bookstores welcome dogs and have water and treats for them.

Nick, who is a published author and English professor, (check out his work here), says, "In my mind, a great children's book is one that inspires a child to pick up another book. Books about animals, or with animal characters, can help children find a way into a story that might otherwise daunt them. Few children would pull down from the shelf a three-hundred-page epic about a society whose homeland is under attack, but if the characters were rabbits (as in Richard Adams's Watership Down) they just might!"

Books that turn up on more than one list are in bold. I'll first state the obvious by making The Story of Babar, 1931 by Jean De Brunhoff, The Cat in the Hat, by Dr. Seuss, 1957, and Where the Wild Things Are by Maurice Sendak, 1963 (C), my honorary top choices (Curious George is below on the library's list). So here goes!

Cathy's List for Youth Readers:
King of the Wind by Marguerite Henry 1948, (N) (author of Misty of Chincoteague [N)
Where the Red Fern Grows by Wilson Rawls, 1961 (my own dog Lady is a redbone coonhound like Big Dan and Little Ann)
Sounder by William H Armstrong, 1969 (N)
Black Beauty by Anna Sewell, 1872
Love that Dog by Sharon Creech (2001, try reading together as spoken word play)
Call of the Wild by Jack London (1903)
Charlotte's Web by E.B. White, 1952 (N)
The Wind in the Willows by Kenneth Grahame, 1908 (see also The Reluctant Dragon, 1898)
The Cricket in Times Square by George Selden, 1960 (N)
My Father's Dragon (trilogy) by Ruth Stiles Gannett, 1948

Nick's List for Youth Readers:
Because of Winn Dixie by Kate DiCamillo (2000) (N)
The Tiger Rising by Kate DiCamillo, 2001
The One and Only Ivan by Katherine Applegate, 2012 (N)
Watership Down by Richard Adams, 1972
Warriors (series) by Erin Hunter, 2003

Palo Alto Library's List for Younger Children:
Harry, the Dirty Dog by Gene Zion, 1956 (illustrated by Margaret Bloy Graham)
Stellaluna by Janell Cannon, 1993
Good Night, Gorilla by Peggy Rathmann, 1994
The Dog Who Belonged to No One by Amy Hest, 2008
The Mitten by Jan Brett, 1999
A Mama for Owen by Marion Dane Bauer, 2007
Click Clack Moo: Cows that Type by Doreen Cronin, 2000 (C)
The Runaway Bunny by Margaret Wise Brown, 1942
Brown Bear, Brown Bear, What Do You See? by Bill Martin, Jr., 1967 (illustrated by Eric Carle)
Curious George by H.A. Rey, 1941

Besides the public library and book stores, other local places to get books include The Bargain Box on California Avenue, the Goodwill over on El Camino Way (off East Meadow) and the Friends of the Palo Alto Libraries monthly book sales -- the Friends have an entire portable devoted to children's books, in addition to the rest of their inventory. FOPAL's next sale is the weekend of December 14th.

My thanks to Nick, and the staffs of the Palo Alto library, Books, Inc. and Kepler's, for submitting their lists.

What children's books about animals make your top 10 list? What books are we overlooking?

shaggy1991 is a registered user.

Dehydrating for Backpacking and Camping
By Laura Stec | 2 comments | 1,551 views