Here's a thought experiment for you writers out there: Imagine you were dying of an irreversible disease, and you realized that your next piece of work would be your last. Imagine that you were commercially successful and critically acclaimed, and your publisher agreed to print whatever you delivered. What would you write?

Last year, the humorist David Rakoff was forced to answer this question. Rakoff, the author of numerous bestselling collections of essays and a frequent contributor to public radio's The American Life, learned that he had only a few months to live. The cancer he had been battling most of his life had spread to his pancreas. He had time for just one more book. Publishers were lining up to learn what it would be: a meditation on death? a celebration of life? Regardless of the subject, the prose was sure to be trademark Rakoff: dry, witty, and fiercely intelligent.

You can imagine the publishers' surprise when Rakoff announced that he was writing a novel in verse. And not just any verse, but anapestic tetrameter, a meter most commonly used in children's poetry, such as Clement Clark Moore's "A Night Before Christmas" and Dr. Seuss's "Happy Birthday to You" and "Yertle the Turtle." 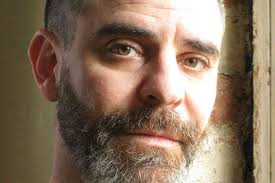 So...would it be a children's book? Not quite. In fact, not at all. The novel, published last summer as Love, Dishonor, Marry, Die, Cherish, Perish, deals with the very grown-up topics of childhood sexual abuse, transgenderism, and AIDS. The book follows half a dozen characters, including several generations of one family, in a stunning portrait of the last half of the twentieth century in America. The unusual pairing (maybe "marrying"?) of comic verse with serious literary grist creates a fascinating cognitive dissonance, like watching a clown sing opera. Most of the book is a tightrope act, with Rakoff teetering often on the verge of overreaching, of preciousness, but every time righting himself and demonstrating that he was in control the whole time.

I am drawn to literature that pushes linguistic and narrative boundaries at the same time, for example historical novels that are told in period voice. Novels in verse work the same way. The linguistic project gives the reader something to watch when the story grows dull, and vice versa. To continue with the circus metaphor, the linguistic project is like a second ring--an alternative amusement. Which is not to say that Rakoff's story was dull--it was not. For the most part his material was amplified by his experimentation with language. Read a few pages and you'll see what I mean. 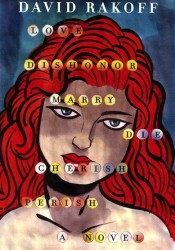 The fact that Rakoff pulled off this highwire act from his sickbed, positions him as an inheritor of Homer and Milton, to name a couple of other poets whose ambition transcended their physical limitations. Although the frothy gallop of the anapestic meter dispels any aesthetic comparisons to Paradise Lost, the force of the gesture is the same. Milton wanted his retelling of the Eden story to be much more than a retelling of Genesis; he wanted it to stand for every other story in the human imagination--to be a comprehensive statement of the human condition. Rakoff's posthumous novel feels similarly comprehensive.

Do you have a favorite work of literature that stretches the limits of narrative and language? What would you read if you had time for just one more book?

State Street Market plans overhaul of its eateries as it cuts ties with Bon Appétit, triggering layoffs
By The Peninsula Foodist | 11 comments | 4,095 views

Doing more with the natural spaces we have
By Sherry Listgarten | 7 comments | 2,776 views

Can the Memphis police behavior ever happen here?
By Diana Diamond | 6 comments | 648 views